You might not find buried treasure when you dig in your garden, but one woman found something she valued more than any pirate’s booty. She found the engagement ring she’d lost more than a decade earlier. 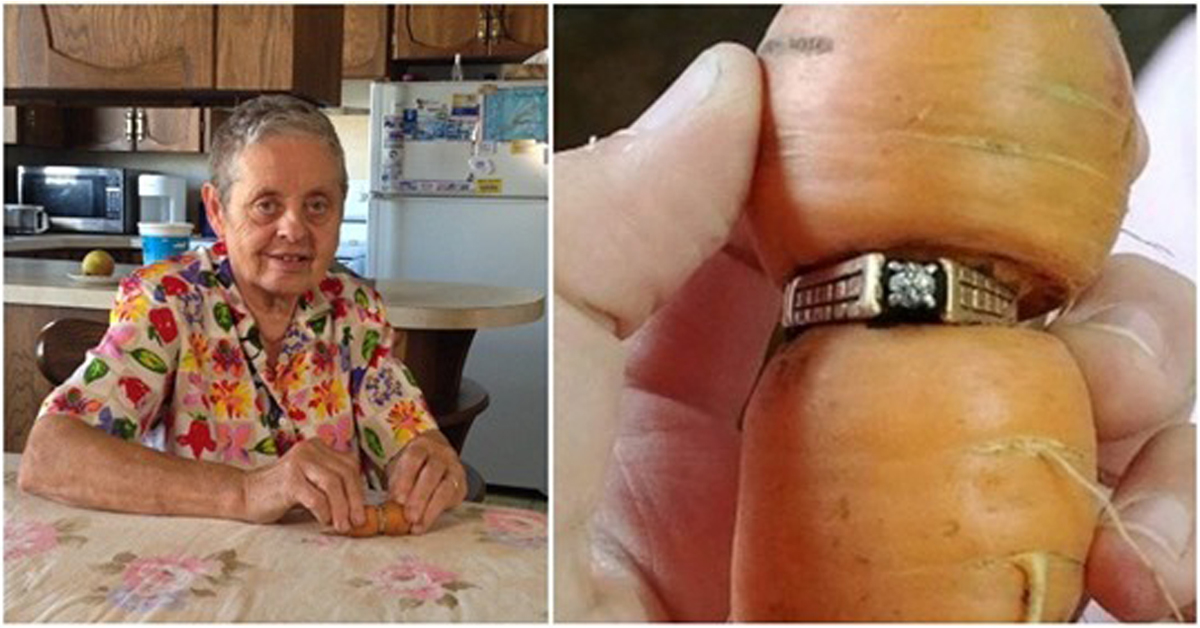 The story goes back 13 years. Mary Grams, who is now 84, was working on her family’s vegetable farm when her engagement ring slipped off her finger and into the dirt. Although she searched frantically for days, Grams never found the ring.

We’re on the Grams family farm where they made the miraculous discovery – a carrot growing through a lost engagement ring. #Camrose pic.twitter.com/PX2YU0eZ44

Grams swore her children to secrecy. She even bought an inexpensive, look-alike ring from a local jeweler to avoid telling her husband about her lost ring. Her husband died about five years later.

Yesterday Mary’s family called her and told her they’d found her long lost ring, in a carrot they pulled for dinner at the family farm. #yeg pic.twitter.com/I7SEnl49T0

One day, her granddaughter said she’d found a carrot growing around a ring in the same family garden plot. Sure enough, it was the long-lost ring. Grams recognized it immediately.

Mary, 84, says she didn’t know if they were kidding or not, but when her granddaughter brought the carrot over – she knew: “It’s mine!” #yeg pic.twitter.com/Ft7IMUeSMR

Grams is not the first woman to find a lost ring in her carrot patch. In 1995, a Swedish woman named Lena Paahlsson found her ring wrapped around a carrot 16 years after she lost it.

So, what’s the moral of the story? It’s a good idea to eat your carrots. You never know what you might find wrapped around them.

Previous Post: « Husbands Are Taking Way Too Long To Poop, Experts Say
Next Post: “Canine Campers” Are For Dogs Who Want To Enjoy The RV Lifestyle »