Writer Charles Mashburn has penned an unforgettable tribute to his grandfather in a touching poem titled “Pennies From Heaven”.

Mashburn is the author of several suspense novels and a devotional titled Be Still…And Know I am God. His poem about his grandfather has appeared on hundreds of websites and inspired millions of people. 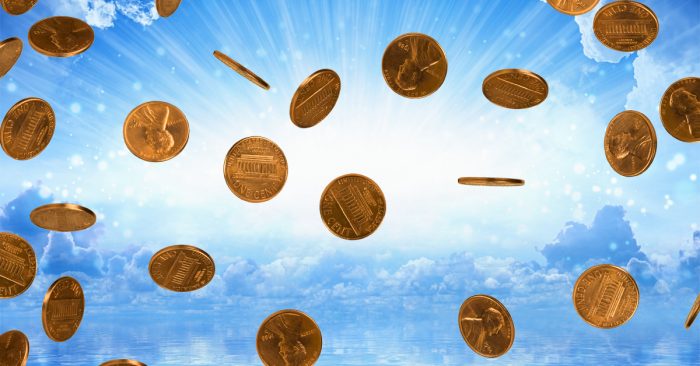 The Origin of the ‘Pennies From Heaven’ Story

The poem is based on a short story he wrote about his grandfather. In the story, four-year-old Mashburn takes a walk with his grandfather shortly after his grandmother’s death.

“I believe that all found pennies come from heaven. God gives them to his angels, you see, and when an angel, in this case your grandma, looks down here and sees you’re missing her, she tosses one of her pennies down so you’ll know she’s thinking about you.”

Mashburn says he is still amazed at his poem’s impact.

“Several times a year, it will pop up on Facebook, or someone will send me an email asking if they can use it on a product or in a book,” Mashburn notes. “I never say no because I figure, if it blesses folks, who am I to stop it from doing so?”

I found a penny today,

Just laying on the ground.

But it’s not just a penny,

That’s what my Grandpa told me.

He said “Angels toss them down.”

Oh, how I loved that story.

He said when an angel misses you,

They toss a penny down,

Sometimes just to cheer you up,

To make a smile out of a frown.

So don’t pass by that penny

It may be a Penny from Heaven

That an Angel’s tossed to you.