Toni Doherty, an Australian grandmother of seven, has become an international hero after she used her own shirt to rescue a koala from a bushfire. 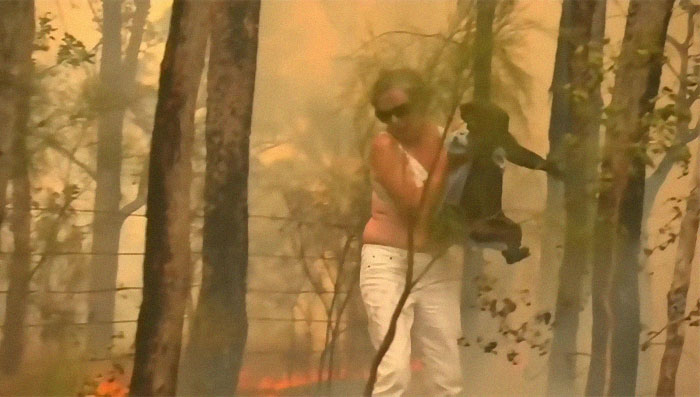 Toni Doherty and her husband were driving through a koala sanctuary while a bushfire was raging.

As the couple watched in horror, a screaming, confused koala ran from the middle of the road straight into the fire. 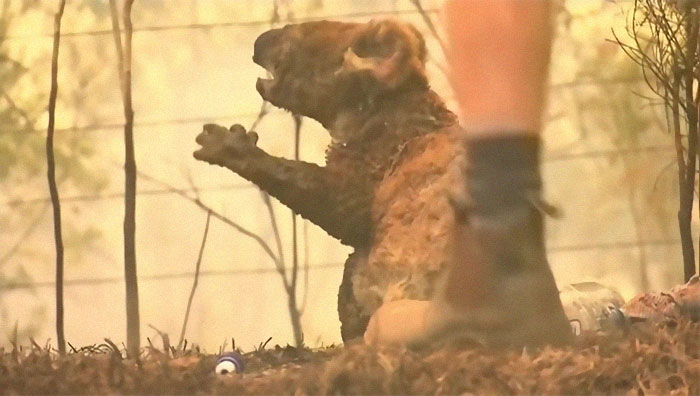 At that moment, Doherty jumped out of the car, pulled off her shirt, dove into the fire and used her shirt to grab the little guy.

The story of the koala has a happy ending.

Doherty and the injured koala had a sweet reunion at the Koala Hospital. The little survivor, who Doherty named Lewis after one of her grandchildren, joined 14 other koalas who were rescued from the fire.

Doherty said she hoped her overnight fame would bring more awareness to the plight of koalas. “They are vulnerable and losing their habitat,” she said on a morning news show.

She also said, “I’m glad I was wearing a good bra that day.”

Dog Lost Since 2007 Found Over 1K Miles Away In Pennsylvania

Marine Who Covered Grenade To Save Friend Receives Medal Of Honor