If you could design a baby that was free of certain disease-causing genes, would you do it? A scientist in China claims to have done just that, setting off a firestorm of controversy about the ethics of creating gene-edited babies. 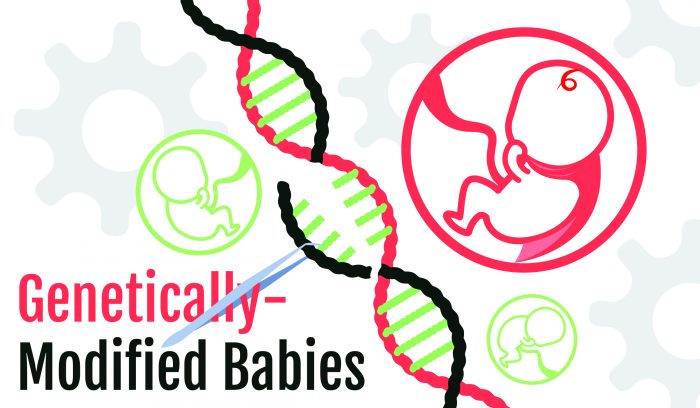 He Jiankui of China’s Southern University of Science and Technology announced that he altered several embryos whose parents were HIV-positive. He said these “edited” babies will be able to resist developing HIV infection.

The announcement has raised the hackles of many in the scientific community. The National Center for Biotechnology Information (NCBI) issued a statement denouncing the Chinese researcher’s work as unsafe, unethical and of no scientific value.

“The incident highlights the need for urgent improvement of ethics governance at all levels, the enforcement of technical and ethical guidelines, and the establishment of laws relating to such bioethical issues,” the NCBI said.

Jiankui announced that “two beautiful little Chinese girls named Lulu and Nana came crying into the world as healthy as any other babies.” However, many experts argue that these babies may face a higher risk of premature death. According to a Nature Medicine study, the gene that was modified to protect the babies from the AIDS virus could also make them more susceptible to the influenza and West Nile viruses.

The debate is likely to continue. Just days after the news came from China, Russian microbiologist Dennis Rebrikov told National Public Radio that he was eager to create more gene-edited babies.

Rebrikov said that he didn’t think the practice should be considered unethical, because it results in healthy babies. He said he wants to help women who are HIV-positive have babies who are not infected with HIV. He said he was certain he could get funding for this research.

What Is Your Take on Gene-Edited Babies?

How do you feel about creating these babies? Would you have a gene-edited baby if you could? We may all be pondering these questions in the years ahead.