Alzheimer’s can take away memories, but it can’t take away love. That’s what Lisa Marshall discovered when her husband proposed to her a second time—because he forgot they were already married. 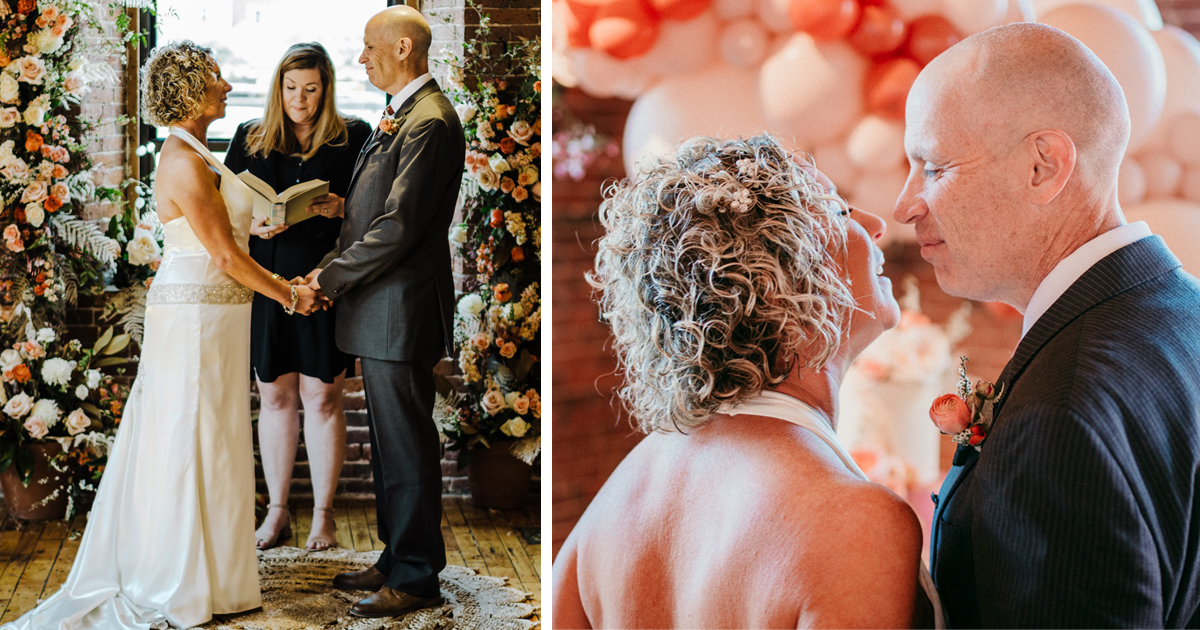 The Andover, Connecticut, couple first met when they were neighbors and married to other people. Years later, they lost touch but then reconnected when both were going through divorces. After a “whirlwind” romance, they married 12 years ago.

Three years ago, Lisa noticed Peter was having memory problems. It was more serious than the usual age-related memory lapses. She took him to a doctor, who gave them the grim diagnosis. At just 53, Peter had early onset Alzheimer’s. 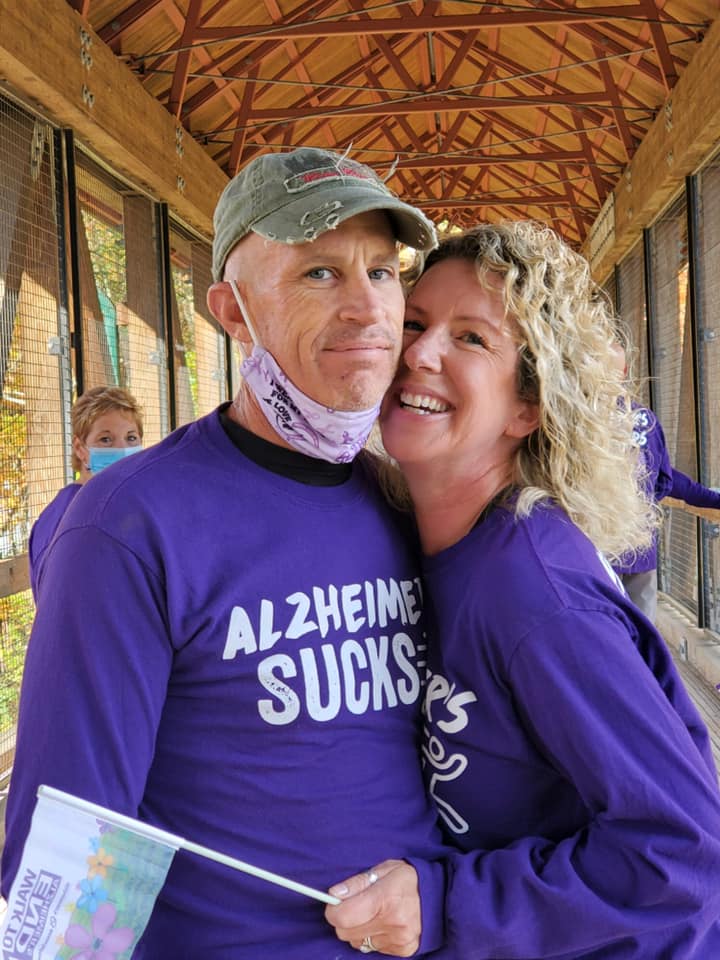 Alzheimer’s normally strikes older people. Only about 5% of all cases occur in people under the age of 65. Peter was one of the unlucky ones, but he was lucky to be married to Lisa. He retired from his job, and she retired to become his caretaker. Over time, he lost all his memories, including his memory of his marriage and that Lisa was his wife.

One of their favorite shared activities was watching the TV show New Girl. One episode featured a particularly moving wedding scene. Peter suddenly turned to Lisa and said, “Let’s do it. Let’s get married.”

At her family’s urging, Lisa agreed to stage a second wedding for her and Peter. She decided it would be a wonderful way to renew their vows, even if Peter thought it was their first wedding.

Lisa runs a Facebook blog for Alzheimer’s caretakers called Oh Hello Alzheimer’s. The blog featured pictures of the ceremony, and the story was picked up by news and TV reports nationwide. 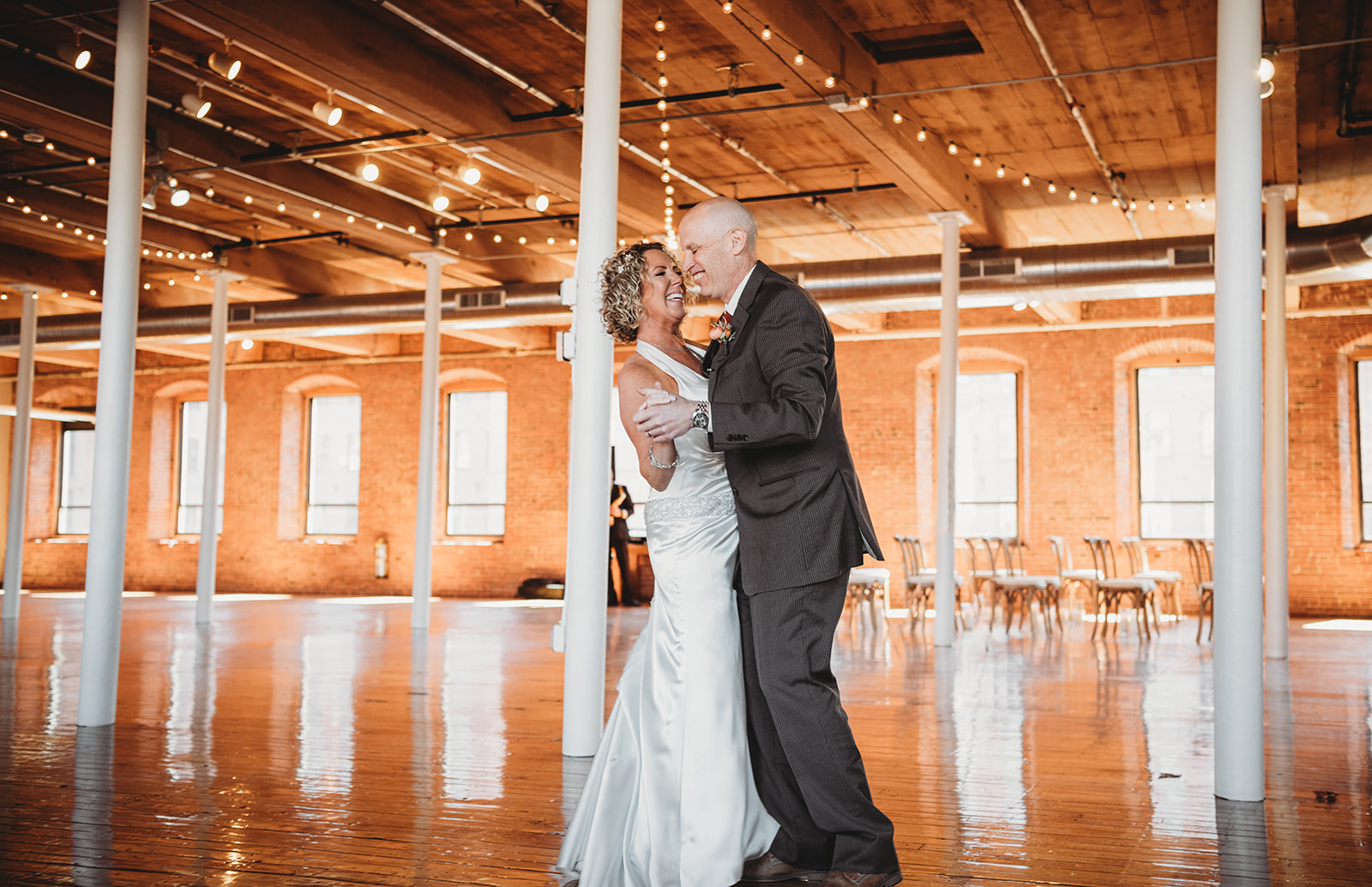 Lisa said Peter was excited and happy the whole day. He forgot all about it the following day, but Lisa said she has her memories to sustain her.

“I’m the luckiest girl in the world,” Lisa said. “He fell in love with me twice. It really is a true love story.” 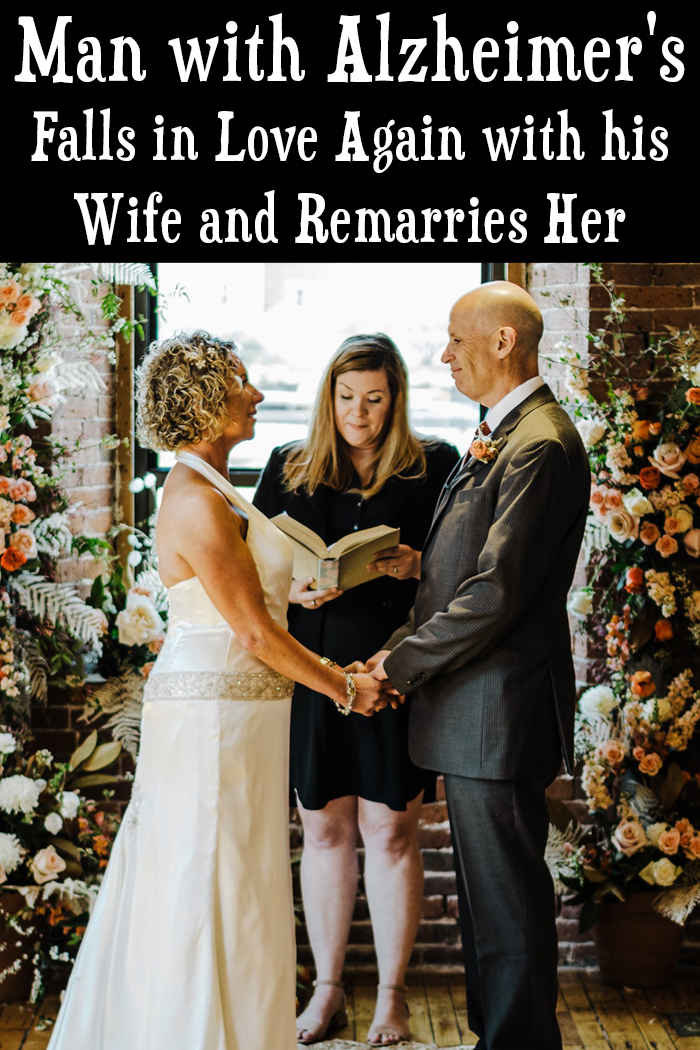