Nature still has the power to astound us, and one little hummingbird is an example of just that. The little bird’s clever nest has captured hearts and news reports all over the world. 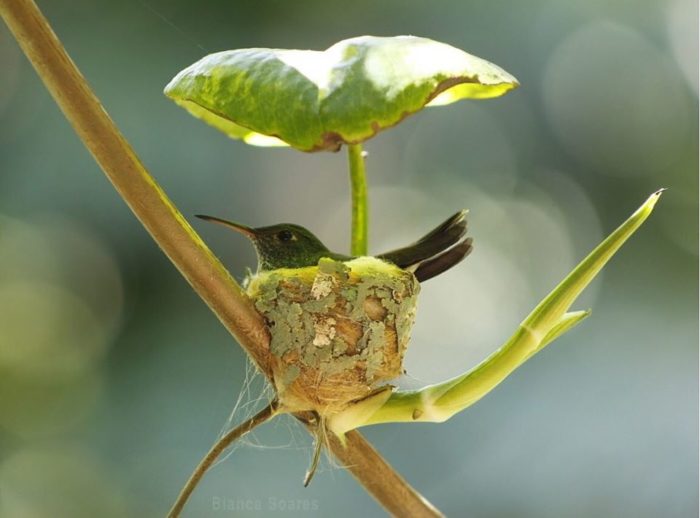 A WALK IN THE WOODS

It began last year when Bianca Caroline Soares was walking through a nature reserve in the jungle near her home. Soares works for the Moises Bertoni Foundation, a conservation organization based in Paraguay. Soares recounts that she was feeling incredible sadness one day about the fate of the world. With a heavy heart, she said, she went out to immerse herself in nature to get her mind off her troubles. As she was walking, she encountered an amazing hummingbird’s nest. 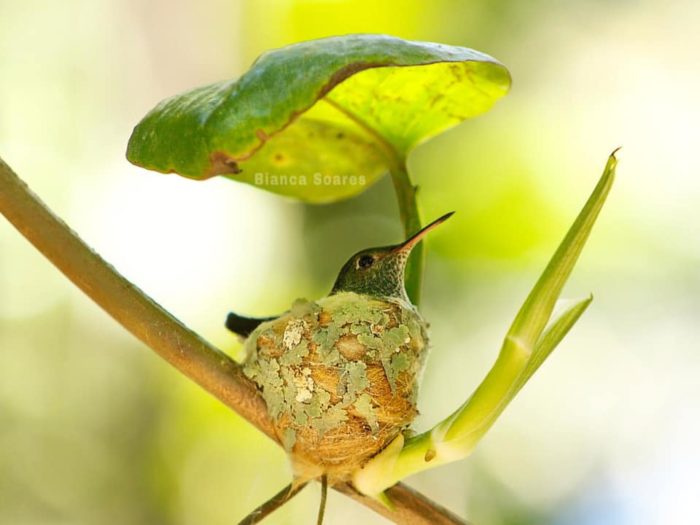 SHE SPOTTED AN UNUSUAL NEST

Soares was used to seeing hummingbird’s nests in the jungle. These birds are known for creating complex, intricate nests, but this one stood out because it had an actual roof. The clever hummingbird built the nest on a twig directly under a large, curved leaf.

“In the midst of all these tragedies and all this bad news, I received this gift,” she wrote on her Facebook page. “It’s just more proof of the saying that nature is wise.”

SHE KEPT HER BABIES SAFE

The leaf provided protection from the rain and sun for the bird’s nest and her babies.

The news gets even better. Soares told the Dodo she continued monitoring the nest. One day, she realized the bird was raising two babies in that nest. They grew up and successfully flew away to live on their own.

Previous Post: « US Fish and Wildlife Service Issues Warning To Protect Hummingbird Nests
Next Post: Turn Handwritten Recipes From Loved Ones Into A Special Recipe Plate »