When a cat wants cuddles, you may as well give in. That’s what a Buddhist monk learned when he interrupted his prayers to pet a persistent cat.

A story that charmed viewers in Thailand and across the world started at the Udomrangsi Buddhist temple in Bangkok. The cat in question is a regular guest at the temple. 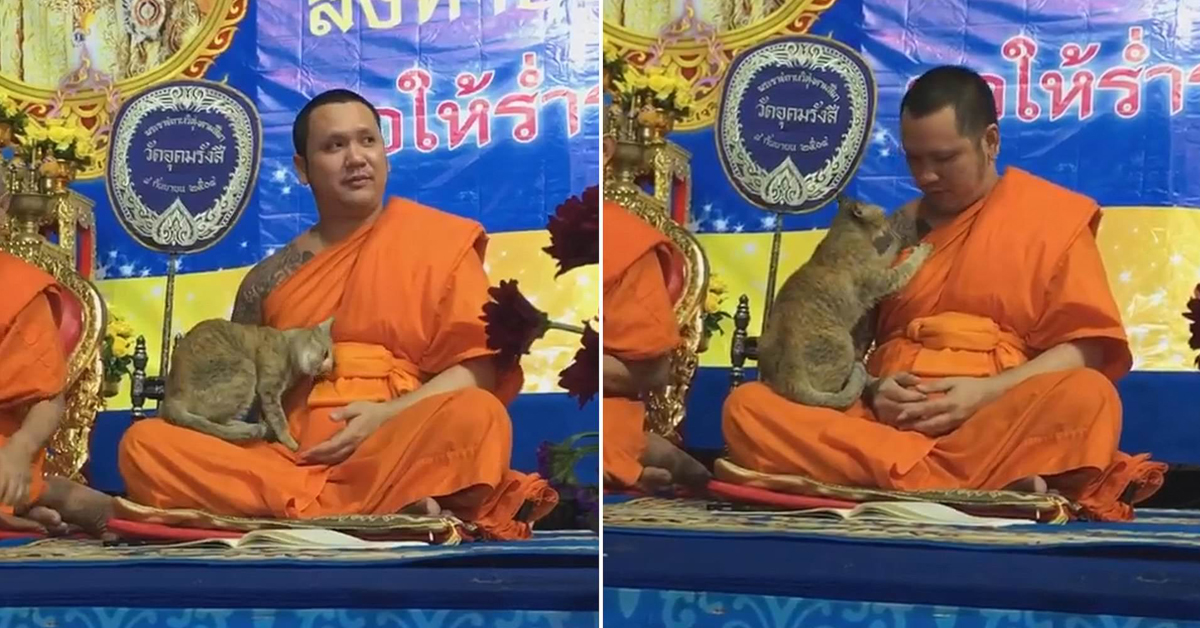 On this particular day, the friendly feline wanted an extra helping of affection.

There was only one problem. The cat’s visit happened during the temple’s prayers for the New Year, which take about five hours of chanting and require intense concentration.

The cat wasn’t going to let a thing like that stop him, and he climbed into the lap of a young Buddhist monk. The cat probably knew that respect for all living things is a key teaching of Buddhism.

A video of their encounter received over 300,000 views and made it onto Thai television.

The young man, who goes by the monastic name Luang Pi Komkrit Taechachoto, told Reuters News that he tried ignoring the cat, tried pushing him away gently and finally just gave in.

That sounds like a wise decision. After all, is there a better way to reach Nirvana than with a purring cat on your lap?