Some people say that loneliness is a power that we possess to give or take away forever. Apparently, the animal world understands that too. Witness the unusual friendship of Max the malamute and Quackers the duck. 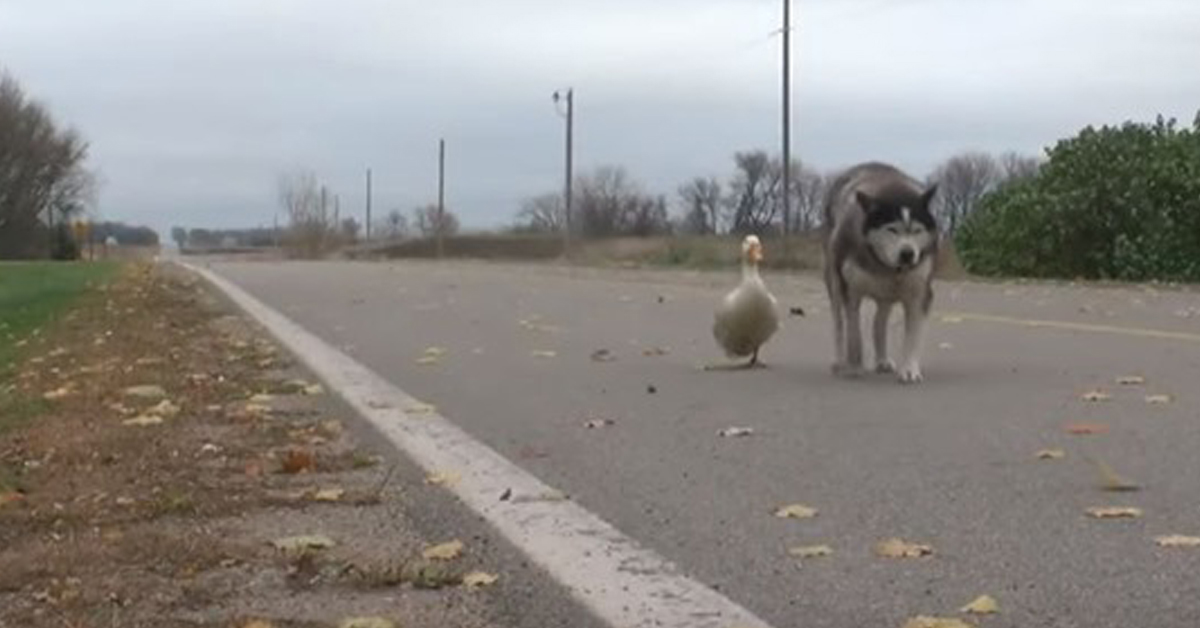 The unlikely pair live in the small town of Strout, MN, population 25, with their owners Patrick and Kirsten Riley. On most days, passersby will see Max and Quackers wandering together on their owners’ property on Highway 28 or sitting on a favorite patch of grass. When passing by, locals hope to catch a glimpse of the duo and snap a photo, which ultimately gets sent to the Rileys.

Max was five years old when the Rileys adopted him and for a time he was pals with Sasha the Husky. After Sasha died, however, Max was lost without his canine companion. Everything changed when the Rileys brought home Quackers one day. Quackers had lost friends too, which could explain their inseparable bond.

Max started by sitting near Quackers’ cage everyday. Eventually, once Quackers grew, the Rileys let him out of the cage and the two have been inseparable ever since. The duo does everything together, eat, drink and sleep. You name it. Max is getting old, so the pair may not have much time left, yet their journey together has made memories for many.