Most of us don’t enjoy working out, and that’s why we can all empathize with Cinder, a sweet, chubby cat whose workout video recently went viral. In the video, you can see Cinder reluctantly move one paw on the treadmill and complain loudly to her trainer. 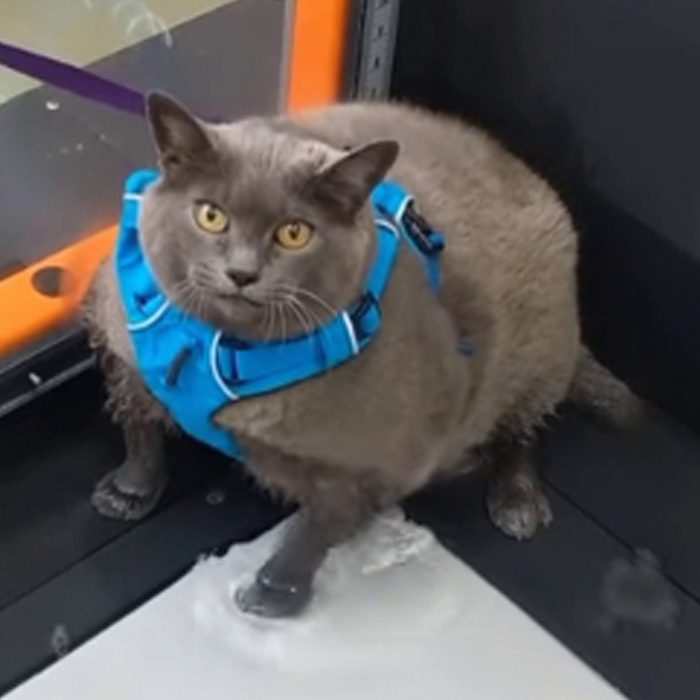 Cinder, also known as Cinder Block because of her hefty size, is on a weight loss program that includes working out on an underwater treadmill. Obesity is just as dangerous for cats as it is for humans, and Cinder currently weighs 22 pounds. She should weight about 12.

Brita Kiffney, a veterinarian in Bellingham, Washington, explained to the Huffington Post that Cinder’s owners had to relinquish her. Once she is in better physical shape, Kiffney’s receptionist will adopt Cinder.

Kiffney said Cinder Block is starting to exercise with more enthusiasm and is a mellow, loving sweetheart.

Cinder’s weight loss journey is being cheered on by thousands of fans on Twitter and other social media. Kiffney said she’ll use any proceeds from the viral attention to help other rescue animals.

Dog Lost Since 2007 Found Over 1K Miles Away In Pennsylvania

Previous Post: « Celebrate Christmas with a Crochet Nativity Scene in Amigurumi Style
Next Post: NASA Captures Black Hole Swallowing A Star The Size Of The Sun »