A formerly abused dog is spending the rest of her life sharing her unsinkable spirit as a therapy dog. Have a tissue handy when you read the story of Maggie the Wunder Dog and her incredible story of strength and survival. 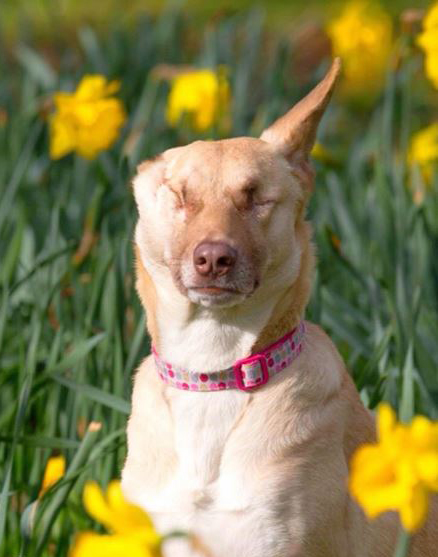 Last year, a woman in Lebanon contacted the international animal rescue organization Wild at Heart about Maggie. The young German Shepherd mix was living on the streets. She was pregnant and alone.

She was also in terrible shape. As her rescuers discovered to their horror, Maggie had endured 17 bullet wounds. She had a broken jaw. She lost an ear and both eyes to the abuse she suffered.

The rescuers were determined to save her. Getting an animal out of a foreign country is not an easy feat. The volunteers at Wild at Heart launched a viral campaign to bring Maggie to the U.K.

Kasey Carlin of Brighton saw Maggie’s story and instantly decided that she wanted Maggie to join her family. Maggie had to undergo surgery before she could travel.

Six months later, Maggie was welcomed into her new home. She has formed a close friendship with Carlin’s other dog and is finally enjoying the happy life that she deserves. 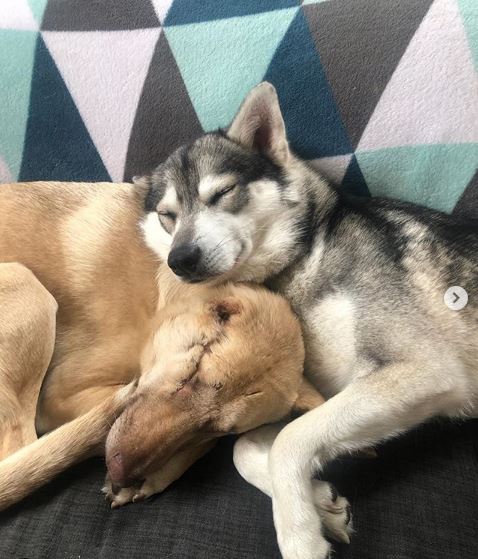 Carlin said that Maggie’s incredible spirit makes her a natural as a therapy dog. Maggie has completed her training and is now officially licensed to bring joy to people who need it.

A virtual campaign saved Maggie’s life. Now, she’s taking full advantage of her viral moment. She has her own Instagram feed with over 95,000 followers.

“She’s got a great life and she wants so much out of it,” Carlin said.