Mark your calendar! Reservations are required for visits to the new and exciting Star Wars: Galaxy’s Edge at Disneyland Park in Anaheim, California between the dates of May 31, 2019 and June 23, 2019. It is the largest single-themed Disneyland expansion ever. It covers a whopping 14 acres with an estimated cost of $1 billion. 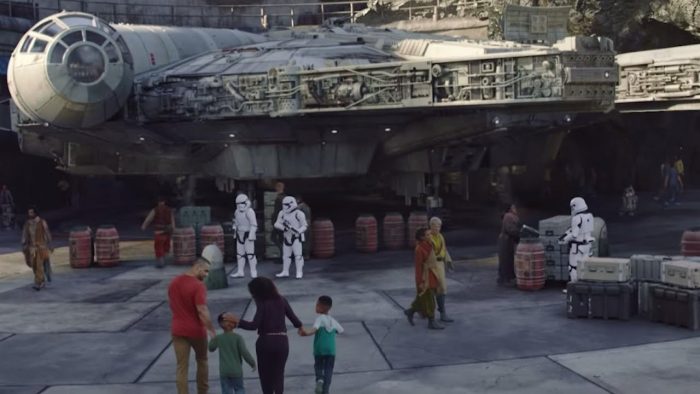 There will be no additional cost to make reservations, but access to the Land and its experiences may be unavailable based on demand. It is recommended that you check in at the Star Wars: Galaxy’s Edge page for more details.

Guests staying at one of the Disneyland Resort hotels during May 31 and June 23 will receive a reservation (one per registered Guest) to access Star Wars: Galaxy’s Edge during their stay with the required valid theme park admission.

The official opening date at Disney World Park in Orlando, Florida will be on August 29, 2019.

Following are some of the major attractions and shops in addition to various places to eat and the first Disney venue that will sell alcoholic beverages:

Black Spire Outpost on the Planet Batuu is a large imaginary village with round-topped towers and the petrified remains of towering ancient trees that is an extension of the Star Wars world and is on the edge of the galaxy between the Wild Space and the Unknown Regions. The village may be modern but is built on the remains of crumbling structures that were built by a long-extinct civilization. You will encounter a group known as the “Gatherers,” treacherous rogues, scoundrels, smugglers, Resistance individuals, and the First Order that is eager to stomp out any flickers of opposition to their control.

Savi’s Workshop is where you can build a custom one-of-a-kind lightsaber with kyber crystals at this shop that features whimsical pieces and miscellaneous memorabilia that continue the traditions of the Force and allows you to become one with the Force. You can select from four lightsaber themes: Peace and Justice, Power and Control, Elemental Nature, or Protection and Defense. When your lightsaber is completed and purchased, you will be ready to embark on incredible new adventures.

At the Droid Depot, a customized droid like R2-D2 and BB-8 can be designed, assembled, and activated.

Toydarian Toymaker is a whimsical workshop with handcrafted toys, plush, playthings, art and collectibles, many handmade by the busy toymaker, Zabaka the Toydarian. Her storefront is filled with crates of toymaking supplies and unique works in progress such as Wookiee dolls and classic games.

Star Wars: Rise of the Resistance will be opening later this year. You will be able to join the Resistance on a secretive mission and a climactic battle against the First Order while seated in the belly of an imposing First Order Star Destroyer and looking up at a gigantic robot.

Aerial view of the Rise of the Resistance area of Star Wars Galaxy’s Edge. pic.twitter.com/4BkLo5RuME