They say age brings wisdom, and a group of geezers in Salt Lake City have discovered that their wisdom is a hot commodity. Every weekend, these “old coots” dole out advice to the lost, lovelorn and confused. 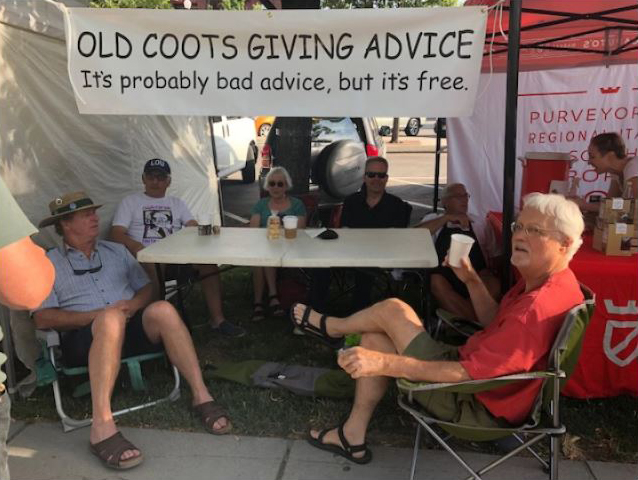 Sitting Around and Talking

At Tony Caputo’s deli in Salt Lake City, there was always a group of people instantly recognizable at any restaurant, café or diner the world over. It’s a group of older people who offer running commentary on anyone and everything.

In this case, it was deli owner Tony Caputo who headed this group. The six men and one woman met every Saturday to drink coffee and talk about the world.

It Started as a Joke

One day, Caputo declared that they were so good at solving the world’s problems, they should start offering their advice to others. Caputo then announced he had set up a booth at a weekly farmer’s market.

Lining Up to Get a Listening Ear

Their booth started as a joke, but it quickly became the market’s star attraction. People line up weekly to get the old codgers’ advice on everything from landscaping to cars to marriage.

Previous Post: « Nobody Would Hire Man With Autism So He Opened His Own Coffee Shop
Next Post: Applebee’s Vodka Rum Frostbite Only $1 ENTIRE Month of January »