A Texas woman has landed herself in hot water after she jumped into a zoo enclosure to feed the monkeys some Hot Cheetos.

CHARMED BY THE ZOO MONKEYS

In May, Lucy Rae was visiting the El Paso Zoo. Apparently, she was so charmed by the spider monkeys that she decided to join them in their enclosure.

She had to climb over a low fence, clamber down a hill and wade through an artificial lagoon to reach them.

Her stunt was caught on security cameras and quickly went viral.

Spider monkeys live in the forests of South and Central America. Extremely acrobatic, they are known for their ability to swing easily from branch to branch.

Animals in captivity eat a carefully controlled diet. It closely mimics what they would eat in the wild. We’re pretty sure Hot Cheetos are not on the menu.

Besides the danger to their diet, there are other dangers.

Wildlife experts say interfering with wild animals is traumatic for the animals and risky for humans. Monkeys will attack if they feel threatened, and spider monkeys are strong.

Rae, they said, was “stupid and lucky.”

Rae ended up paying the price for her stupid stunt. The next day, the law firm that employed her announced it had fired her.

In a statement, the Lovett Law Firm said Rae’s actions were “irresponsible and reckless.”

It could get even worse for Rae. Zoo director Joe Montisano told the El Paso Times he intends to press criminal charges against her.

MANY CALLERS IDENTIFIED HER

He also said many people called the zoo to identify Rae after seeing the video. “Your friends will rat you out,” Montisano warned.

Let’s hope that deters anyone else who’s thinking about getting up to some monkey business. 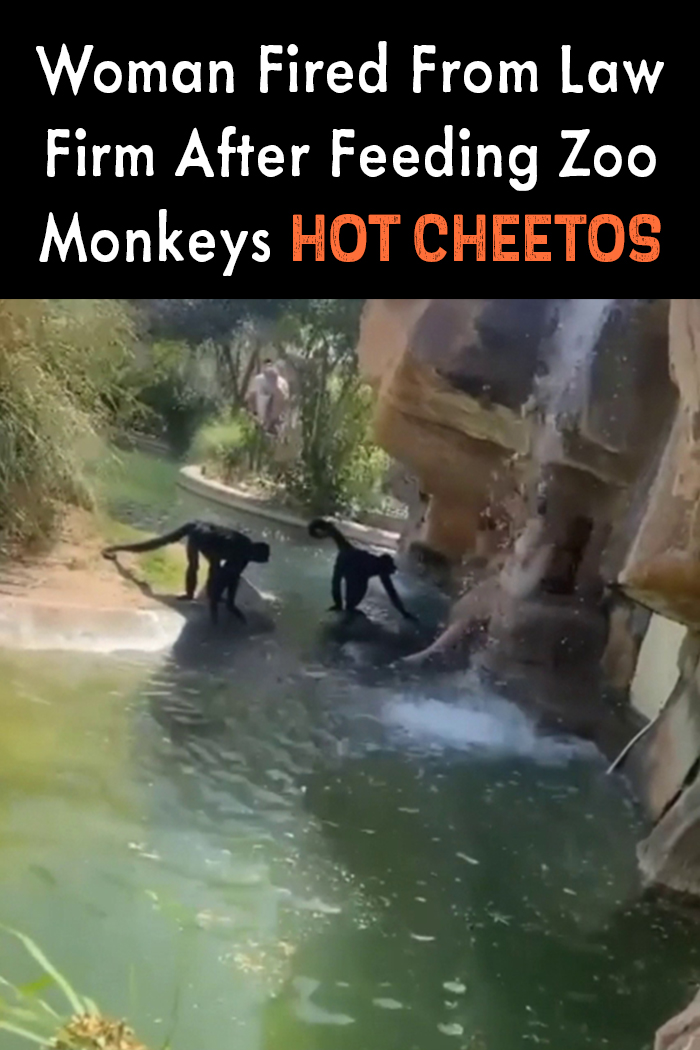