The online world has given us Grumpy Cat, Crasher Squirrel and other unforgettable animal stars. They’re all going to have to make way for the web’s latest sensation, Harry the Farting Hippo. 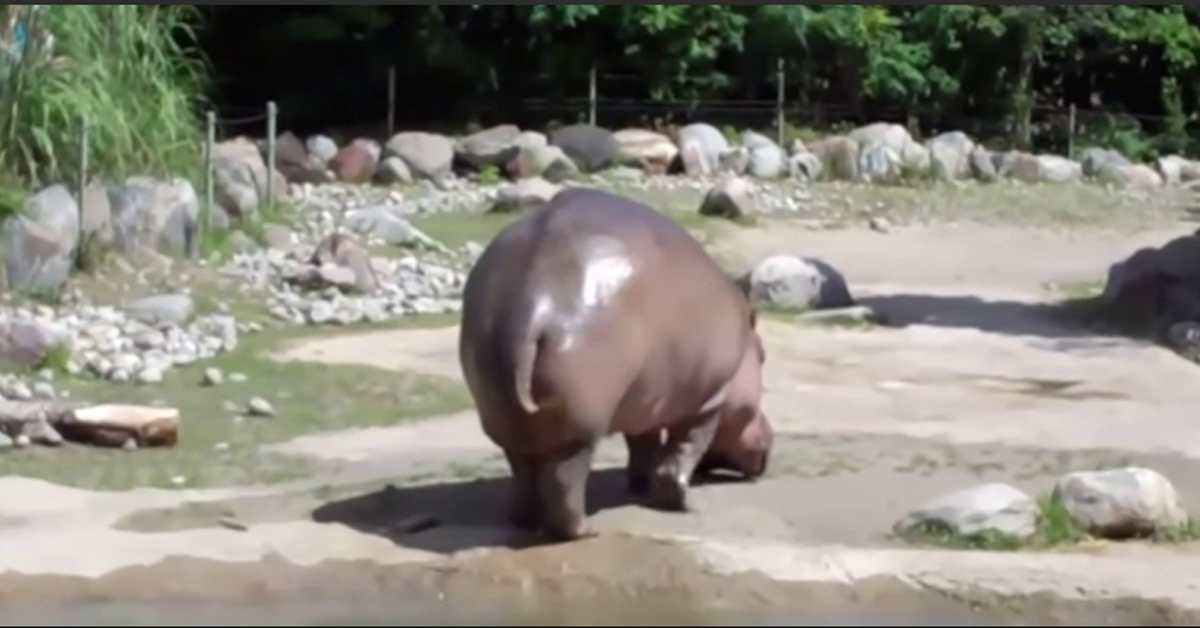 Yes, you read that right. The latest viral sensation is a video of a hippo at a zoo who was captured taking a long, relaxed fart in front of zoo visitors. The video has now been viewed by more than 30 million people.

Once you see the video, you’ll understand why. The happy hippo waddles slowly out of his wading pool, swings into position and then delivers a death-defying rattle. His long, drawn-out fart sounds like a lawnmower running. It’s so powerful that you can see the dirt and leaves stirring from the blast.

Harry is a Typical Hippo

Hippos are a hefty bunch. The average adult hippo can weigh from 3500 to 9900 pounds. And just think, they get that big while on a totally vegetarian diet! A hippo can eat 80 pounds of grass, fruit and other plants a day.

As the saying goes, what goes in must come out. Harry was just answering nature’s call when he was caught on camera.

Hippos are also very loud. Scientists have found that their vocal sounds can reach 115 decibels. That’s about as loud as the average rock concert.

Clearly, they’re just as loud on the other end. 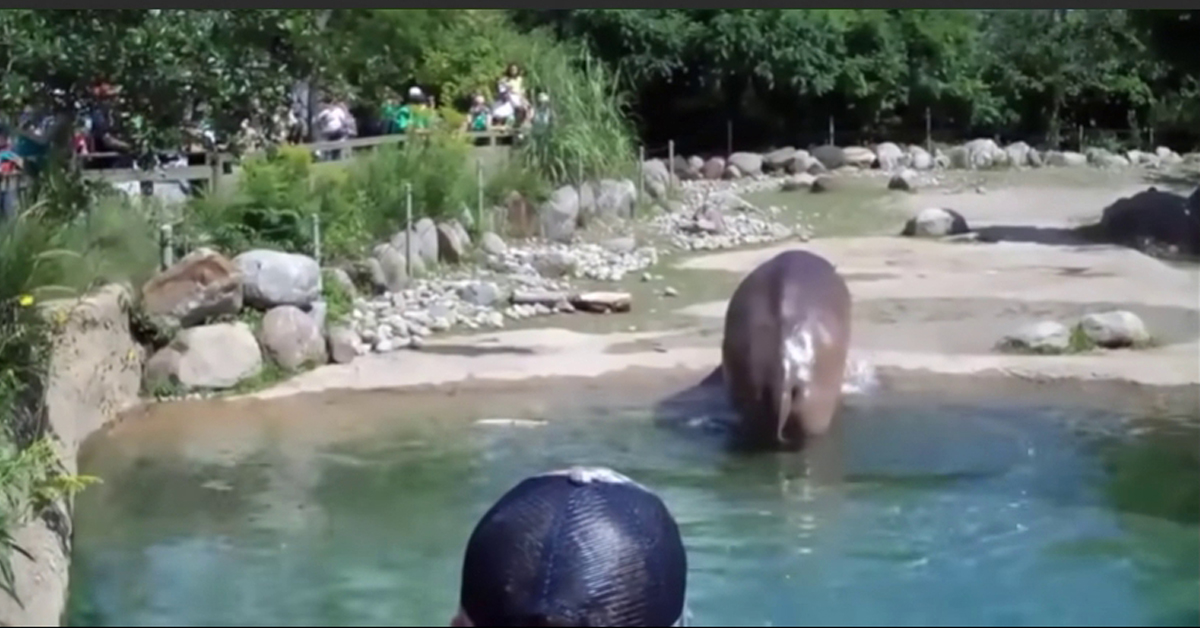 Hippos are fierce fighters. They move quickly and silently through the water and can attack when they feel threatened. You don’t want to mess with an angry hippo. That’s why it’s safer to watch them from a safe distance.

You might even get the chance to watch one doing what Harry was doing.

Harry the Farting Hippo Made Us Happy

It’s obvious that Harry’s fame rests on his ability to produce lots of gas and lots of laughs. If the internet has taught us anything, it’s that laughter should be shared. There’s nothing wrong with that.

Let’s congratulate Harry. He made 30 million people happy just by being himself.