A woman traveled halfway across the country to scatter her beloved dog’s ashes at his favorite park. In return, her golden retriever apparently returned as a dog-shaped angel to share a final, ghostly romp. 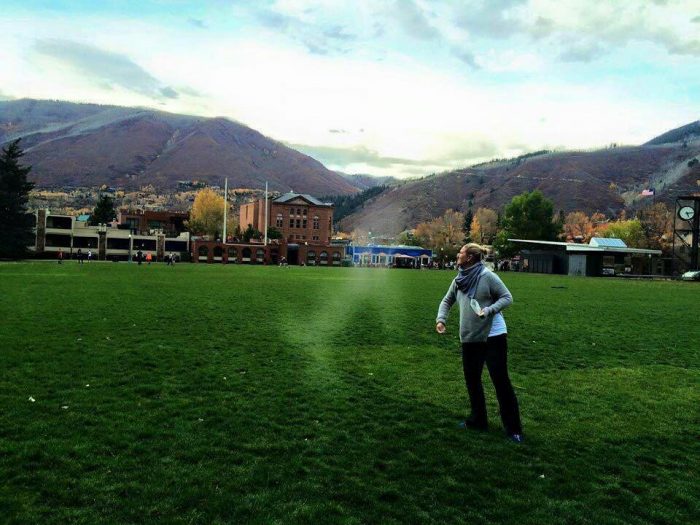 She Lost a Lifelong Friend

Ashley Lang called her golden retriever Wagner the “love of her life.” When he was alive, his favorite place to play was a park in Aspen, Colorado.

When Wagner died at the age of 12, Lang knew what she had to do. Although she was living in Chicago, she traveled to Aspen to scatter Wagner’s ashes at his favorite park. The evening sun was setting behind the mountains as she tossed the ashes and a friend snapped pictures.

A Ghostly Image Appeared In the Photos

When the picture appeared in her friend’s phone, it revealed a shadow clearly shaped like a dog floating in the air near Lang. The dog appeared to be facing Ashley and taking one last, playful jump before heading to heaven.

Lang told newspaper reporters she believed this was Wagner’s way of saying goodbye.

A Message of Comfort

The amazing photograph was posted on the Facebook page of the rescue organization Amanda’s Amazing Animals. It has since gone viral, and many people say the “angel dog” has comforted them when recalling their own lost pets.

What do you think? Is it just a trick of lighting and shadow, or is it a ghostly messenger of love?